I've been saying all along that Theo's more of a striker than a winger. Even the pundits are joining in now. Ian Wright has waxed lyrical about Theo's ability to play in that position, and I was surprised to hear acclaim coming from the likes of Roy Keane and Andy Townsend too.
One thing the rest of the team have to learn is how to play ten ball to him. He needs the ball played in front of him to run onto, but our midfielders were largely incapable of applying the right weight on the final pass although Theo was finding space and staying onside.
Theo still doesn't get the credit he deserves. His critics still bleat about how many times he gets ruled offside, but I don't think it was often. Without checking, I'd say it was about twice. Of course, it could have been the midfield's fault anyway, if they didn't release the ball early enough.
At least, the pundits appreciated Theo's running off the ball. The England man dragged opponents away from the ball that enabled Cazorla to open the scoring. It was a great piece of centre forward play.
Theo's a real handful and Ledley King said he'd try to make him get the ball to feet. That would be the only way to stop him. That's exactly why our midfield need to get the ball behind the defence for him to run onto. Early enough not to be offside!
Meanwhile, Theo could face a lay off if the FA choose to discipline him following his hand gesture to the Spurs fans. It looked harmless enough to me, so I'm hoping the FA see sense and let Theo off. Not sure they will though, given their uncanny tendency to punish the innocent.
Even if the FA don't ban him, Theo's knee injury looked quite serious. Why else would be be stretchered off with us then down to 10 men?
I'm expecting to see Theo next in sickbay, smiling alongside the likes of Ryo (who seems to be there even when he's not officially injured!). Not sure what all that's about, when you think Ryo had to be a shoo-in for the FA Cup if fit. Why do we have to find out from Instagram when the official website is supposed to give us all the team news?
Anyway, there is some hope that Arsenal will seek to provide cover for the injured attackers. I wouldn't hold my breath, though. 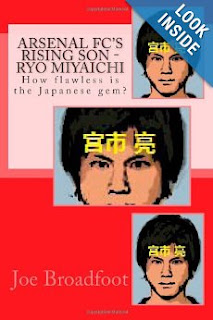