Will Wenger be tempted by a cheap Honda?

Will Wenger be tempted by a cheap Honda?

Reports from Italy suggest that Keisuke Honda will join AC Milan on a free transfer in January from CSKA Moscow, now that the Russian club have rejected a bid of 3m euros from the Italians.

Meanwhile, Arsenal are ‘actively scouring’ the transfer market looking for bargains, so if their reported interest is genuine they might be prepared to outbid Milan and bring the player in before the transfer deadline kicks in.

So far, Wenger has been reluctant to spend any of his war chest on additions to the squad, but Arsenal face a tough Champions League group and desperately need reinforcements.

Rob Shepherd of the Daily Mail reckons Arsenal could sign Wayne Rooney, if they actually got around to put a bid in. The overworked Wenger seems unlikely to do that.

Wenger’s gone on record to say in the Daily Mail that he wouldn’t like to work with a director of football, but many Arsenal fans remember the halcyon days of David Dein, when Arsenal were capable of competing in the transfer market. Of course, results are the most important thing: new additions can destabilise a squad. That’s true. However, Wenger’s implicit suggestion in the article above that money can’t buy better players than Tomas Rosicky is difficult to agree with.

The other issue is balance in Arsenal’s squad. At the moment, Arsenal’s midfield mostly contains players that have similar qualities and weaknesses. Which Arsenal midfielder can offer a natural protection for the defence? Answer: new signing Flamini. It was such a ‘no-brainer’ that Arsenal took an age to take the plunge. That in itself is scary for Arsenal fans, as it suggests that a signing that requires thinking about will take much longer to complete.

Maybe that’s a good thing in regards to Honda. As good as he is, would the Japan international be much different to what Arsenal already have in their squad? Not really, in my opinion, so as he is not ‘a no-brainer’ I’m not anticipating an Arsenal bid for him. Yet, Wenger has a penchant for buying this kind of player, and as he represents value-for-money you can never say never! 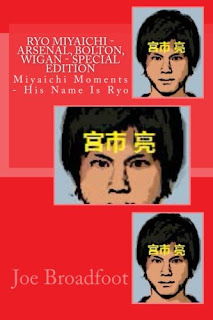