10 most disappointing departures from Arsenal

10 most disappointing departures from Arsenal

After considering the 10 most exciting arrivals at Arsenal, it seemed only logical to think of those that made untimely exits from the club.

Has this Arsenal transfer hibernation happened before? Check out the new book about Wenger’s first season in charge! ARSENAL F.C. – A FOOTBALL TRANSFER DIARY 1996/1997 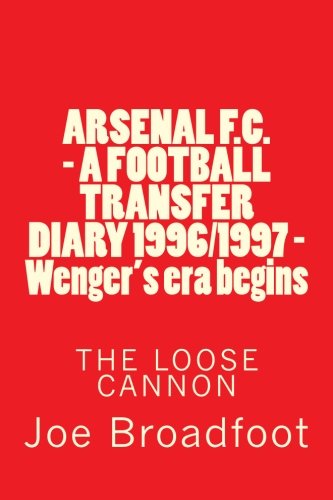 1. Cesc Fabregas – my favourite player of all time. No one could pick a pass like Cesc. I'd welcome him back at any time. A lot of websites have gone out on a limb to say he will return. Myles Palmer has staked his reputation on it! So if Cesc does come back this summer, we must visit ANR more often!

2. Manu Petit – I was gutted when he left, as I didn't think we got full value for him. Without Petit, defensively we were a lot weaker. I think he was under-rated.

3. Marc Overmars – Although we made a profit on his sale, I thought he was irreplaceable. Robert Pires and his fans may have felt otherwise, but I think we threatened more with Overmars's more direct approach.

4. Liam Brady – It was difficult to see a future without the Irish genius. I'm trying to think what we achieved immediately after he left. It's just one big blur!

5. Frank Stapleton – It seemed madness to sell him to Manchester United, but that's exactly what we did!

6. Ian Wright – He wasn't getting any younger, but I thought we sold him one year too early. When he was left out of the FA Cup final team, I knew he'd leave.

7. Nicolas Anelka – We made a huge profit on the French striker, but it was upsetting for us fans, nonetheless.

8. Matthieu Flamini – It was galling to lose gritty Gaul, who could play anywhere and run forever. We saw he best of Cesc with 'Flames' alongside him. Such a shame to lose him on a free.

9. Sylvain Wiltord – Another Frenchman who left for nothing. He had pace and skill. Why didn't we tie him down to a longer-term contract?

10. Robin van Persie – We lost the Dutch striker at his peak, but at least we got a huge fee for his services. Again, you have to question why Arsenal allowed him to get to the final year of his contract.

If you've got any better suggestions, please post them below.